Mampintsha’s family makes a statement after his passing.

As Mzansi reacts to the tragic news of Big Nuz member Mampintsha‘s passing, his name, that of his group, and those of his wife are charting the Twitter trends list. His death has left his family, friends, and fans inconsolable.

Mampintsha’s family makes a statement after his passing. The artist’s management issued a statement saying that specifics of his passing cannot be made public and that information regarding the burial and memorial services would be released as soon as possible. In a statement issued on Wednesday, the record company Afrotainment confirmed rumors that the 40-year-old, whose true name was Mandla Maphumulo, had been hospitalized to King Edward Hospital in Durban.

This came after the celebrity, who rose to stardom as a member of the band Big Nuz, experienced a mild stroke. The fact that medics were watching over the musician was also mentioned.

Fans refer to the child born to Mampintsha and Babes—real name Bongekile Simelane—as Sponge. The couple wed a year ago, and a Showmax special as well as the reality TV program Uthando Lodumo both featured their nuptials.

Many people are mourning the loss of the musician, who made a significant contribution to the South African music business, and condolences have filled Twitter and other social media platforms.

Many people are grieving for Babes after years of following their tumultuous relationship as boyfriend and girlfriend before becoming husband and wife.

“Askies baba ka Sponge! RIP Shimora, you were a colourful and vibrant character, always with the big hits! Condolences to your wife, family, friends and fans!” tweeted one fan.

“Big Nuz has made us dance and enjoy the best of Durban kwaito for over 15 years. They gave it their all. And Mampintsha was right at the centre of that. RIP Shimora. What a legend!” tweeted another brokenhearted fan. 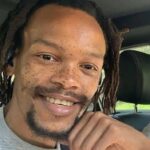 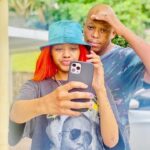