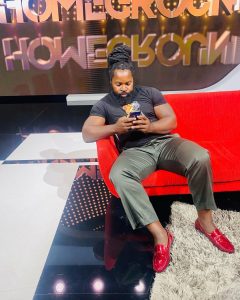 Big Zulu (born 7 April 1987) is a renowned South African actor, rapper, and songwriter. He is prominent for his Inkabi style of rap. He was raised in his hometown in the home of the Zulu monarchy KwaZulu-Natal.

He started as a taxi driver but tried out music in 2009. Ever since he is the name behind many rap songs. Some of his hit songs includeIvolovolo, Umuzi eSandton, Inhlupheko, Ushun Wenkabi, and Vuma Dlozi.

Apart from singing, Big Zulu is also a talented actor and was cast in the South African soap opera Isibaya. He also gives back to society, reports have it he donated laptops and printers to Obonjaneni Primary School on 21 September 2021. Big Zulu partnered with Spitz as the ambassador of Carvella in 2020.

Big Zulu was born Siyabonga Nene on April 7, 1986, in Bergville, KwaZulu Natal, South Africa. He hailed from a humble background and listened to Maskandi and Isicathamiya music as he grew.

He never gave chance for his humble beginning to determine his position in life. The actor put in more effort and worked hard. He was idolized by legendary singers like Ladysmith Black Mambazo Phuzekemisi and Imithende.

Big Zulu quit being a taxi driver in 2008 to focus on his music pursuit. He became a songwriter in 2009 and also began to perform. His outstanding performance in a rap battle contest earned him the title King of Rap.

In 2016, Big Zulu released his first single titled Donsa Nkabi. He was an independent artist for many years until 2015 after he signed a deal with Universal Music Records. Under the record label, he dropped his first album titled Ushun Wenkabi in 2018.

In 2019, the sensational rapper dropped another studio album titled Ungqongqoshe Woongqongqoshe. It featured many top celebrated artists including Ab Crazy, Mnqobi Yazo, Capper Nyovest, and others.

Big Zulu created his record label Nkabi Records. In November 2020, he dropped the single Mali Eningi featuring Intaba Yase Dubai and Ricky Rick. The song made it to the number 2 on Channel 0 Top 30 Chart. The song received the Best collaboration category award at the 27th annual South African Music Awards.

On 11 March 2021, the rapper releases another single Inhlupheko. The song featured Mduduzi Ncube and topped the South African iTunes charts. It also climbed to number 4 on the Shazam charts.

He released the single Umuzi eSandton on 9 July 2021. The song was featured in his album Ichwane Lenyoka. On 13 September 2021, he held a performance on Idols South Africa Season 14.

Big Zulu is a multi-award-winning South African rapper. He was a recipient of many awards. Some of the awards won by the renowned rapper includes;

South African rapper Big Zulu is in a relationship with Lebogang Makenete. The father of two had his son with Bulelwa Nazo and his daughter with his current baby mama In 2018, Big Zulu made headlines for assaulting the mother of his child. He lives in Newton with his baby mama and children.

There have been rumors after he sparked romance with pearl Thisi and Bonang Matheba but he has since denied any of them.

He is an ambassador for top clothing brands Brentwood and Carvella. In his statement at Brentwood’s 20th anniversary, his dad motivated him into loving the brand. He also mentioned that it was considered stylish even when he was into the taxi business years back. His outfits speak for him, he dresses in wears that are expensive and customized.

Apart from his music career, his lifestyle has gained him love from many South Africans. He is admired for his way of dressing, signature swag, long dreadlocks, and the clothing accessories he rocks.

The South African industry is blessed with talented rappers. Among others, Big Zulu is gaining not only prominence but financial rewards. According to The Nation, he has a net worth of $250,000.