Jamaican Schools Ban Dreadlocks For Hygiene Reasons in favor of a school that demanded a student cut her dreadlocks over “hygiene” reasons in order to attend classes. The student’s parents vowed not to cut their daughter’s hair and were stunned by the ruling that upholds the kind of systemic racism the world has been protesting in recent months and also condemns a hairstyle readily associated with the Caribbean island nation.

Supreme Court rules that the constitutional rights of a five-year-old girl was not breached in 2018 when she was denied access to the Kensington Primary School in Portmore, St Catherine because of her dreadlocked hair. Details soon. pic.twitter.com/8E12a0241O

The student, who is now 7-years-old, first had the ban imposed on her in 2018 when Kensington Primary School in the town of Portmore told her “she must cut her dreadlocks for ‘hygiene’ reasons,”  according to the Washington Post.. Following a temporary injunction granted by the Supreme Court, allowing the young girl to continue attending the prestigious school (where her mother said she’s thrived), the same court ruled on Friday that Kensington Primary was well within its rights to institute the ban on dreadlocks.

The student’s mother didn’t hide her anger at the ruling and suggested the social guidelines for the coronavirus pandemic might actually work in her favor in this case.

“I will not be cutting her hair! That was never an option on the table,” Sherine Virgo told the Jamaica Gleaner on Friday. “As it is right now, it seems that everything is going the homeschool direction anyways.”

Virgo, who also sports dreadlocks, said if the court and school expect her daughter to switch to a more European-friendly hairstyle, they are surely mistaken.

“I will not be putting any creamy crack in her hair. Her hair will continue to stay the same,” she said.

The father of the student — who has remained anonymous because of her young age — cited what he described as a lost “opportunity” for Jamaica to set a legal precedent for a country whose citizens are no strangers to dreadlocks.

“A child was refused because of her Black hair, you know? It’s so weird that right now in the current climate of the world, in 2020, we are having protests, and Black people are fed up,” Dale Virgo said. “This is an opportunity the Jamaican government and the legal system had to right these wrongs and lead the world and make a change. But they have decided to keep the same system.”

He continued: “I expected that Jamaica would lead the charge against somewhat systemic racism as it relates to our hair.”

The history of Jamaica and dreadlocks are seemingly intertwined despite just 2 percent of its population identifying as Rastafarians — followers of the religion that dictates its adherents must grow their hair into dreadlocks as part of the Nazarite Vow.

“The dreadlocks hairstyle first appeared in Jamaica during post emancipation,” according to Jamaica.com. “It was a means of defiance for ex-slaves to rebel against Euro-centrism that was forced on them. The hairstyle was originally referred to as a “dreadful” hairstyle by the Euro centric Jamaican society. It later evolved to the term now used: Dreadlocks.”

Bans on dreadlocks may be new to Jamaica, but not so in America.

It was only a few months ago when DeAndre Arnold was suspended by his high school in Texas and told he couldn’t attend his graduation ceremony unless he adhered to the school district’s dress code by cutting his dreadlocks.

In 2018, high schooler Andrew Johnson went viral when he was forced to cut his dreadlocks for a wrestling match and the whole incident was caught on video. The clip caused a wave of backlash and further discussion on institutions’ anti-Black hair policies.

Both of those instances followed the 2016 ruling by a federal appeals court that banning an employee from wearing dreadlocks is not racial discrimination. The case was sparked after Chastity Jones, a Black woman in Alabama, refused to cut off her dreadlocks as a condition of employment with an insurance company.

Also in 2016, a 13-year-old student was removed from his private school because of his dreadlocks. In that case, the principal said it was the length f the hair that violated the school’s dress code, not the boy’s actual hairstyle. 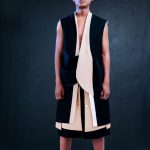 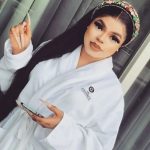